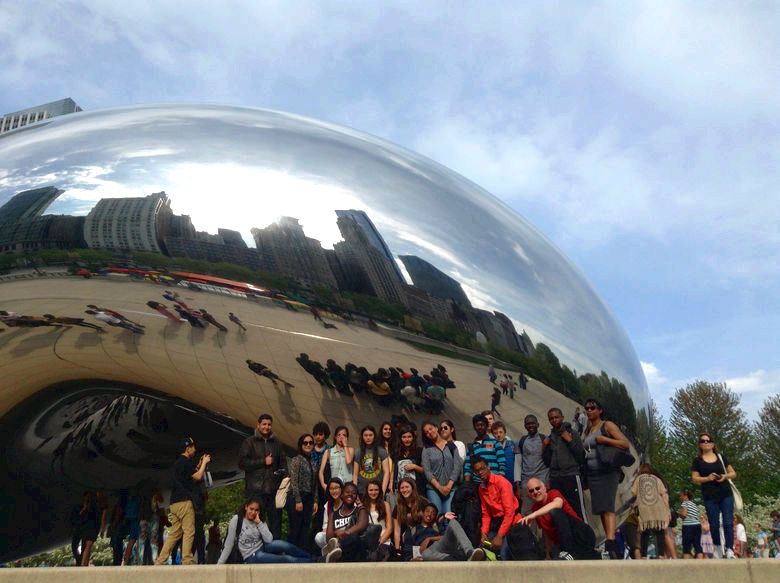 2015 is a wonderful year for exchanges between Chicago and Paris schools, whose students have shared ideas via email, postcard, and Skype and today have experienced the opportunity to mix the Atlantic and meet personally. These educational exchanges derive from a typical project selected by students and teachers and studied from perspectives on sides from the sea. The participants choose subjects as varied his or her city’s architecture and neighborhoods to fashion or sports to create their very own tale of two metropolitan areas.

This season, Lincoln Park High School visited its sister school, Lycée Louis le Grand in Paris Louis le Grand can come to Chicago within the Fall. This is their tenth year to switch. Lycée Fénélon came to Jones College Prep in April, and Johnson will visit Fénélon within the Fall. Alcott College Prep visited Collège George Sand in April having a turn-around visit from George Sand to Alcott in May. The scholars of Collège Sévigné spent ten days using the students of Chicago Senior High School for Farming Sciences (Chicago AG) in April. In France They students were happy to see this kind of unusual school where they’ve a comprehensive farm and students really take part in every aspect of agriculture while carrying out a typical academic curriculum. A trip to Von Steuben Metropolitan Science Center from Lycée Rodin is also scheduled for Fall using the Von Steuben students visiting Paris early in the year.

To witness the passion and excitement of those students because they talk to one another and compare perspectives and cultural customs is most encouraging for future years in our global society. Most remain buddies and possibly colleagues for many years! In addition, this season Chicago Sister Metropolitan areas Worldwide could award certificates signed by Mayor Rahm Emmanuel to Alcott College Prep and Collège George Sand, commemorating their official exchange as acknowledged through the Town of Chicago and also the Rectorat de Paris. Another schools will get certificates upon the conclusion of the exchange visits.

The Paris Committee is proud to possess awarded some small stipends in the last couple of many years to the Chicago students who go abroad. This season, the Committee gave a present to Alcott College Prep that was used to go to a cooking class in Paris.

Relief As High-Schoolers Return From Paris